by Travis Adams on October 12

The 50th Anniversary Celebration was just that, a celebration of 50 years of camp and life-long relationships. We were honored and taken aback that 200 of our alumni and friends of Huawni came home to camp to celebrate!

We also realize that many of you were not able to make it, and I wanted to make sure you got to see what all happened.

Here’s a highlight video from the weekend.

Also, did you miss Sing Song? No worries, you can listen to our Friday Night 50th Sing Song here. 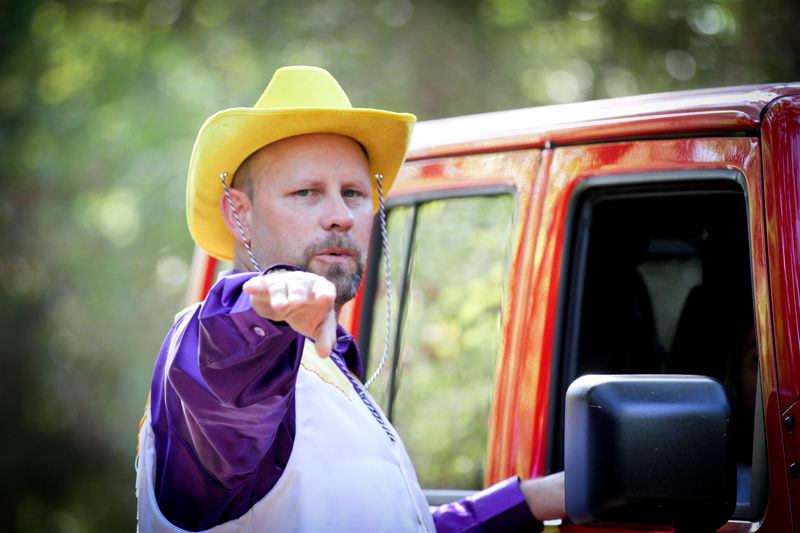 There were many memorable moments, and from my limited perspective, here’s my Top 5 moments of the 50th Anniversary Celebration.

5. Soccer Kick Around the Pool
Friday night all alumni were put on tribal competition teams (Caddo or Tejas). On Saturday morning, tribes competed in the Soccer Kick around the Pool and the Iron Man Relay. I won’t forget Matt Trout racing against Juanse Ramirez in the final leg of the Soccer Kick Around The Pool Relay. As a camper, I idolized the Trout twins, especially when it came to Tribal Competition. It was like I was reliving those days as Matt raced up Flag Pole Hill for the win. Caddo followed up with a win in the Iron Man Relay. 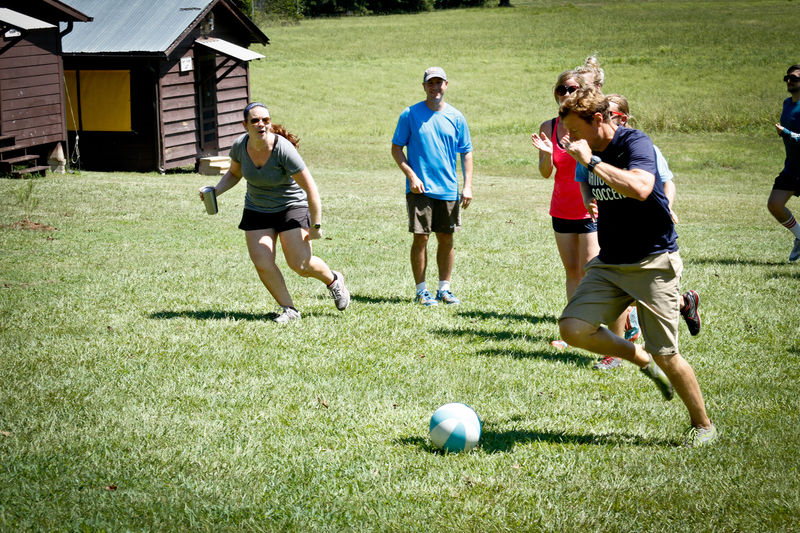 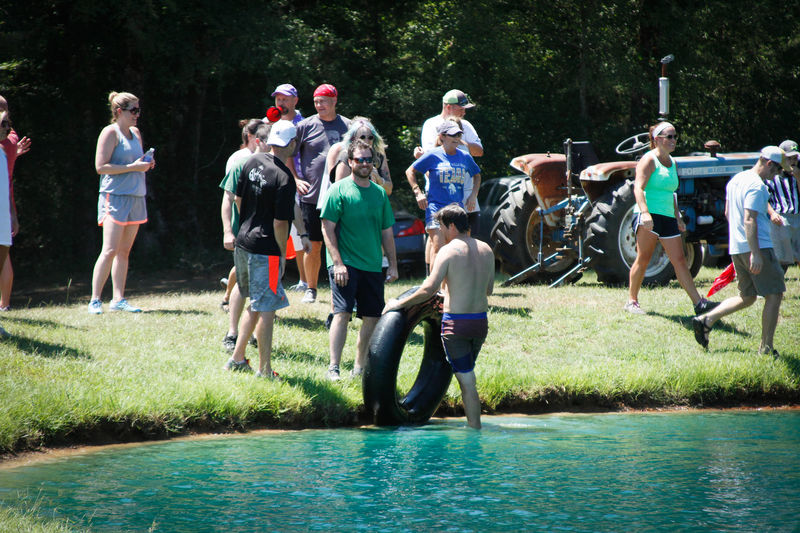 4. Opening Night Show
On Friday evening Chris Watlington hosted a 50th rendition of Opening Night Show. I teamed up with one of my best friends, Micah Howard, to do the Tight Pants Skit, a knockoff from the Jimmy Fallon Show. As you can see from the pictures, it was a lot of fun. 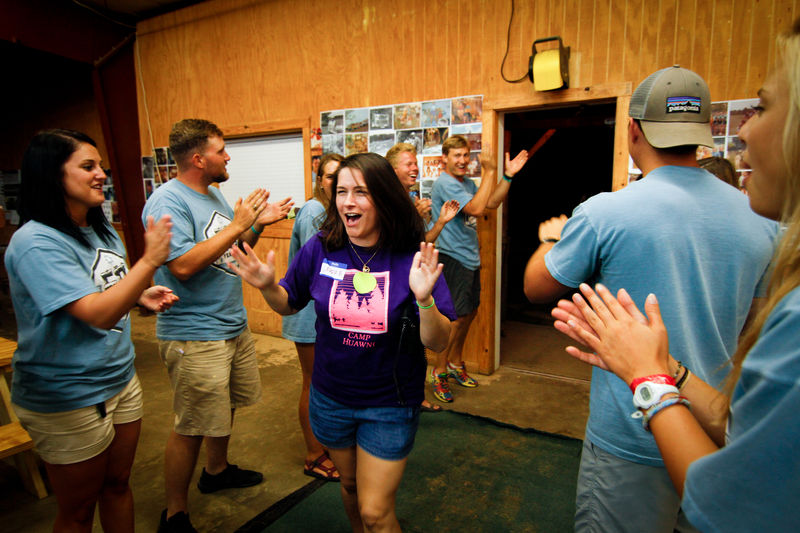 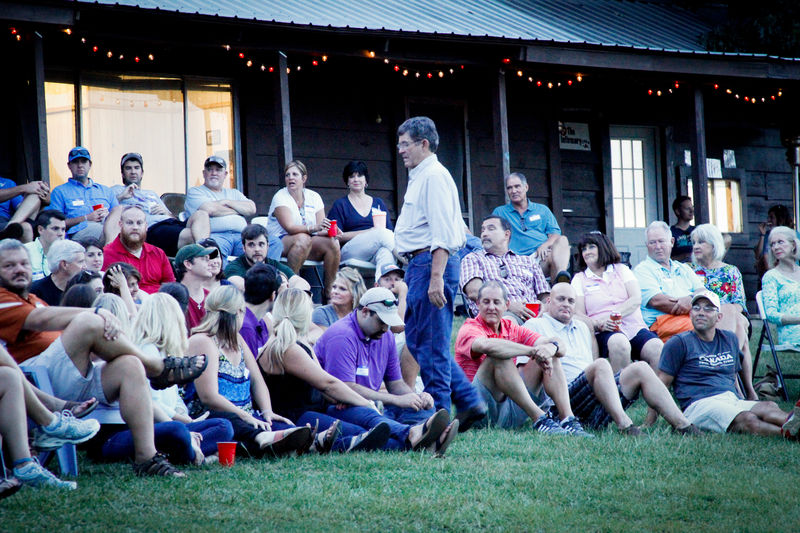 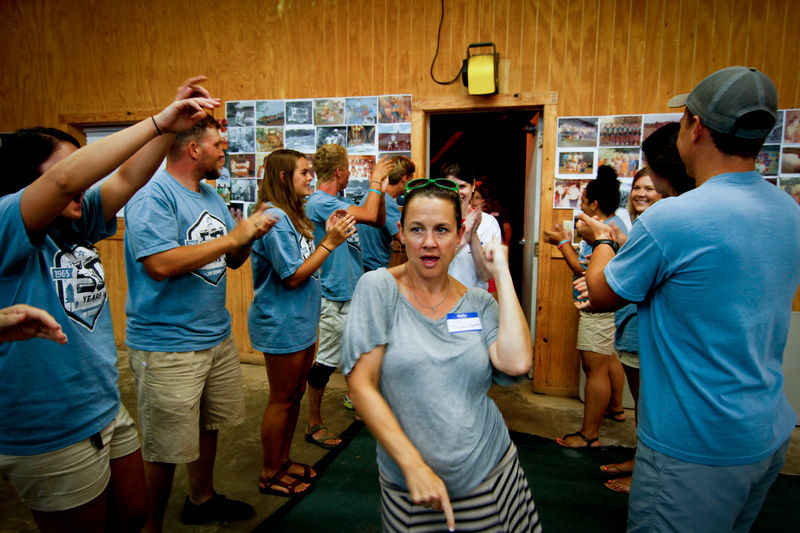 3. Volleyball Tournament
We officially got to unveil the new sand volleyball pits for the 50th, and Steve Abney & Austin Adams helped organize a full-scale volleyball tournament. Once the tournament got underway, we were soon reminded that we weren’t as young as we used to be. Kudos to my team, which included Trey McAfee, Conrad Lazano and Grace Harrison, for winning the tournament!

2. Saturday Night Celebration
Saturday evening we hosted a dinner under a big tent on the front lawn and ate Ms. Ada’s famous fried chicken. It was a rather cool evening, and at dinner we recognized a handful of the people who have poured their lives into Huawni. Pat & Linda Adams, Mike & Pam Adams, the CHAA Board members past and present (led by president Colby Doyle), and Mandi Adams were all recognized over dinner. After supper, Chris Watlington shared his magic as he emceed the Huawni 50th Evening Celebration. The talent was nostalgic and the most entertaining ever and included Filbert the Frog by Pat the Rat Adams, Cat’s in the Cradle by Jan Pennal and Misty Brown, Huawni 2015 with Watlington and Chase Palmer, Lost Cause by Andrew Clendenen, Buy me a Box by Colby Miller, Red House by Travis Adams, Good Night Moon by Austin Adams, This Train with Mike on the guitar and Pat on the washtub, Bobby McGee by Carrie Fussell Bickley, Loving Arms by Susan Pigg Searight, ending with “This Old House” by Mike Adams.

1. Little Red Church
We concluded the weekend at the Little Red Church as Mike led us in traditional camp worship songs. Girls Camp serenaded us with May The Lord. Mike shared the message as he told a few stories he’s never shared, emphasizing how a personal relationship with Jesus is crucial to our lives. To conclude, incoming CHAA President Steve Abney shared his personal story of continually striving on his own through life, only coming to the realization that abundant life was ultimately found in walking with Jesus. It was a sweet and meaningful way to end our weekend together.

I’d like to say another big thank you to Pam Adams, Michael Anne Pritchard, and our Huawni Staff for working so hard before camp, the week leading up to the 50th, and during the weekend, to make this event a reality. It was a ton of work behind the scenes and they served us so well. Well done!

What was your favorite memory from the weekend? We’d love to hear from you, so post below!