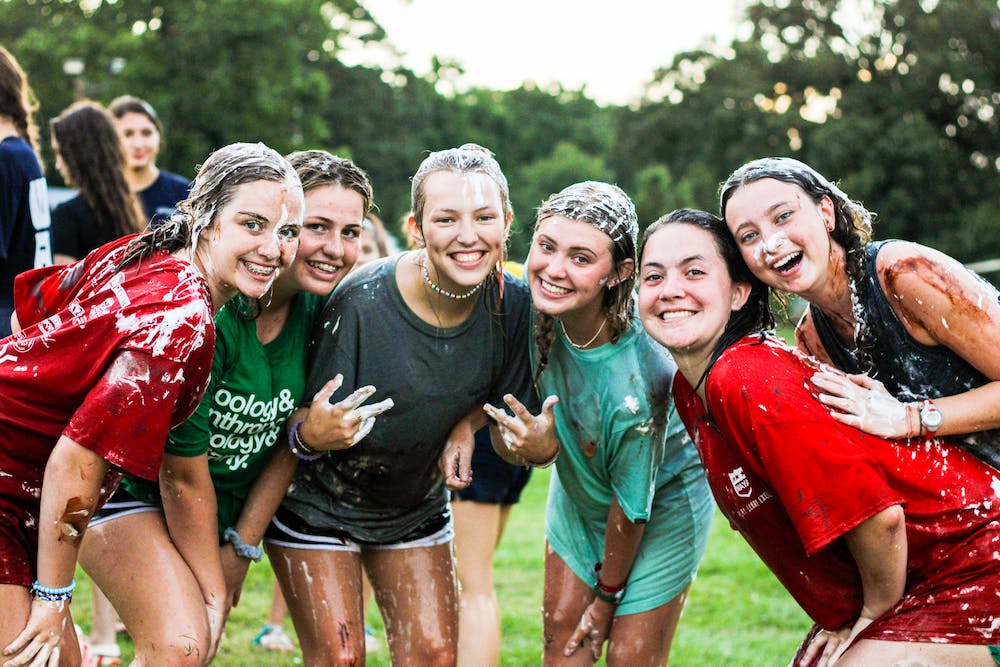 A Fun and Sticky Situation

by Betsy Cruz on June 25

Last night, our campers got to experience Messy Fight, which is a special time where kids get to have fun and be silly. It’s so unique in the way that campers don’t care that they are getting messy, they’re just present in the moment and enjoying every second. This is only our second time having Messy Fight split into stations and the kids really seem to LOVE it! We have a station where campers can make their own homemade ice cream. It has become a huge favorite with our campers because it isn’t as fact-paced as the other stations, and campers can hang out with their cabin.

I personally love Messy Fight because I have seen campers grow closer with their counselors. It’s an opportunity for campers to see the fun and silly side of their counselors and they just get to all be kids again. I think that Messy Fight is an event that really connects cabins and they get to all just focus on having fun and not worrying about anything else.

Messy Fight really ties into Camp’s core value that “Simple fun is the most fun.” It’s an event that isn’t complicated to set up, and it’s simple and enjoyable for everyone. I saw every kid laughing and having a huge smile on their face last night and it’s so crazy that it didn’t involve anything extraordinary; just flour, chocolate syrup, shaving cream, and water!

Betsy is a third-year staffer, she is excited for this summer! She loves camp because it provides a safe place that campers and staff can be fully and authentically themselves. This summer, Betsy is excited to be working as the Marketing Intern and getting to pour into campers through media. A fun fact about Betsy - she once stayed up for 108 hours straight!